IN SEARCH OF KNOWLEDGE 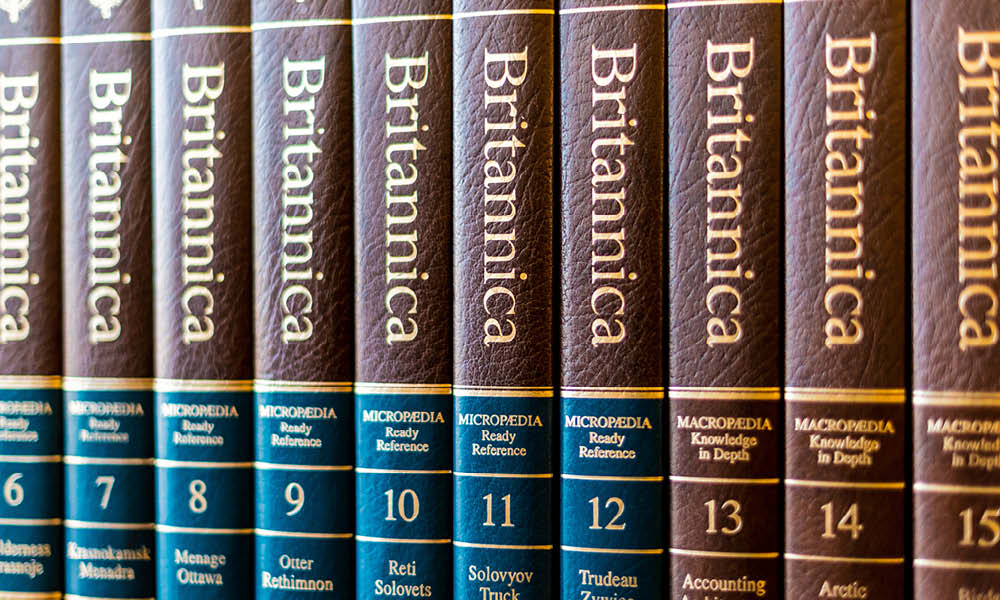 Author and evangelist Ravi Zacharias tells of being a graduate student when a new edition of Encyclopædia Britannica was released.

It was a massive work that had taken 14 years to produce and he remembers being fascinated by the statistics: 200 advisors, 300 editors, 4,000 contributors, over 100,000 entries, 34 million dollars and 43 million words. In the last pages of that work, one of the editors had the audacity to conclude: “Herein contains the entirety of human knowledge.”

It didn’t, of course. It has been estimated that human knowledge doubles at least every five years. So in the 14 years it took to produce the encyclopedia, knowledge would have doubled and redoubled itself several times. So where is the “entirety of human knowledge” contained—Google perhaps? No, even with its amazing knowledge-mining capacity, Google can’t keep up.

The Bible makes no such boast, though it says this about God: “Great is our Lord…his understanding has no limit” (Psalm 147:5). The Bible contains many stories of people, who in encountering God discovered the depth of their lack of knowledge and understanding.

For example, when Jacob dreamed of meeting God at the top of a great ladder, his first words upon waking were: “Surely the LORD is in this place, and I was not aware of it” (Genesis 28:16). Then there was Sarah’s maidservant Hagar who having fled Sarah’s abuse was amazed when God spoke to her, telling her to return home. Genesis 16:13 gives her reaction: “She gave this name to the LORD who spoke to her: ‘You are the God who sees me,’ for she said, ‘I have now seen the one who sees me.’”

We used to say, “the camera doesn’t lie”—but that was before Photoshop. And we used to say, “seeing is believing”—but that was before sophisticated scientific instruments revealed a world beyond the limits of our human senses. No matter how far we probe into the atom or out to the edge of the universe, there is always more. As a result, much of what we now understand to be the nature of physical reality seems so unreal. Therefore, it is pompous to boast that anything we produce contains the entirety of human knowledge. And it is even more ridiculous to claim that we fully understand God, particularly if our knowledge leads in the direction of atheism.

The Christian faith acknowledges and even takes joy in deep mysteries beyond our powers of comprehension. Jesus tells us that “No one knows the Son except the Father, and no one knows the Father except the Son…” (Matthew 11:27a). But mystery does not rule out a true knowing of God—an apprehension, if not a comprehension, of who God is. Jesus goes on to say why: “…and those to whom the Son chooses to reveal him” (verse 27b).

The fact that human beings cannot know God on their own power does not mean that God cannot make himself known to his human creatures. The early church had a saying: “Only God knows God, only God reveals God.” The transcendent God of the universe has done just that, personally revealing himself in his incarnate Son. The witness of the Christian church is not that we have found God, but that God has revealed himself to us in Jesus Christ.

Through a glass darkly

Karl Barth once wrote: “In our hands even terms suggested to us by Holy Scripture will prove to be incapable of grasping what they are supposed to grasp.” However, as Cyril of Alexandria once said, “when things concerning God are expressed in language used of men, we ought not to think of anything base, but to remember that the wealth of divine Glory is being mirrored in the poverty of human expression.” So we must remember that even the words of the Bible, borrowed from human understanding and experience, refer beyond themselves to divine realities that far exceed the words themselves and the creaturely realities they come from.

Holy Scripture preserves for us a record of God’s acts of revelation, beginning with the prophets of ancient Israel and culminating with the apostles whom Jesus appointed. Those narratives and teachings introduce us to a God who makes known God’s invisible presence, even if now we “see through a glass darkly,” as the apostle Paul described it.

Such revelation does not tell us all that can be known about everything, but it is always profound in what it does proclaim. It is only because of the working of the Holy Spirit in and through Holy Scripture that we are put in actual contact with the living God and can hear this God speak again to our spirits. So, although the Holy Spirit does not speak directly of himself, he nevertheless goes where God wills, to surprise, to comfort and to reveal. Whether in Jacob’s dream or Hagar’s distress, God makes himself known and gathers people who respond to his outgoing love. God told Jeremiah, “Call to me and I will answer you and tell you great and unsearchable things you do not know” (Jeremiah 33:3).

In this coming year, there will be many unknowns. The world economy will continue to cough and sputter along. Wars and rumors of wars remain a fact of 21st-century life. There will be catastrophes and technological advancements. Scientists will make discoveries, some of which will overturn previous understanding.

I pray that Grace Communion International will grow ever more sensitive to God’s leading in our lives. I pray that we respond as he shows us how he wants us to co-minister with Jesus in new and exciting ways that will shine light into the darkness as signs of the promise that God will make all things new.

Articles in the April 2013 issue