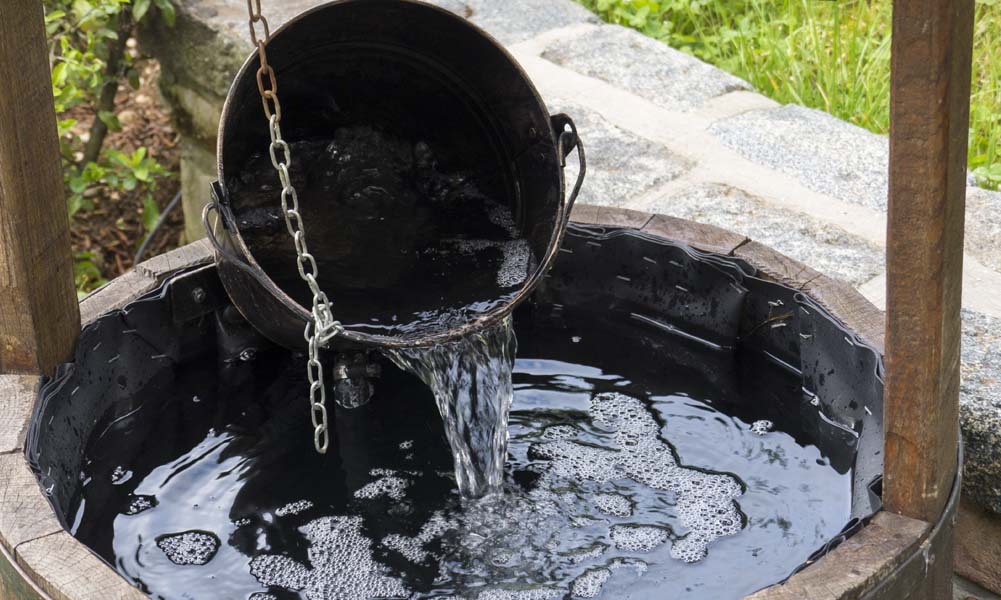 Scientists are continually searching the skies for signs of life on other planets. If they see anything that looks like water, they tend to get quite excited. For life as we know it to exist, water is essential. Throughout the Bible wells and water springs are associated with life, salvation and eternal life.

Abraham, known as the father of the faithful, had no choice but to send Hagar away, as Sarah instructed. Hagar had borne him a son named Ishmael, and she began to feel a little superior to Sarah, her mistress.  But Abraham sent them off with a heavy heart, because the boy was, after all, his own son. Though Hagar left with as much water and food as she could carry, the supplies only lasted for a limited time. She sobbed bitterly as young Ishmael lay under a bush, dying of thirst. Then a wonderful thing happened. An angel of God called to her and “opened her eyes.” She saw a well of water, and filled the empty water skin. Ishmael’s life was saved! (Genesis 21: 9-20)

Some years later Abraham sent his chief servant on an important mission – to find a wife for his son Isaac. She had to come from Abraham’s own family and also be willing to come back with the servant. And where did the servant meet the prospective bride? At a well, where the daughters of the townspeople were coming to draw water!  And so Rebekah, doing exactly as the servant had prayed, gave him a drink and drew water for his camels too. She was to become the mother of Jacob and Esau, and part of God’s plan for the nation of Israel. The whole story is related in Genesis 24.

As Christians we are familiar with the story of the Samaritan woman at the well in John chapter 4. And here again, Jesus asks her for a drink. But she is astonished that a Jewish man would speak to her at all. Jews and Samaritans did not associate, and anyway, the well was very deep and Jesus has nothing to draw water with. And then Jesus offers her living water. Now that’s something new! Where could she get this living water? For the first time in his earthly ministry, Jesus reveals that he is the Messiah. The woman goes back to town  without her water jar, and tells the people there that she has just spoken to a man who could possibly be the Messiah.

The prophet Isaiah was given a broad vision of God’s kingdom. Looking forward to the millennium, he says “With joy you will draw water from the wells of salvation” (Isaiah 12:3).

Speaking on the last day at the Feast of Tabernacles, Jesus said in a loud voice: “If anyone is thirsty, let him come to me and drink. Whoever believes in me as the Scripture has said, streams of living water shall flow from within him” (John 7:37).

Jesus was referring to the Holy Spirit, our gateway to eternal life. We celebrated Pentecost on Sunday May 23 this year. Let’s draw deeply from that well of living water.