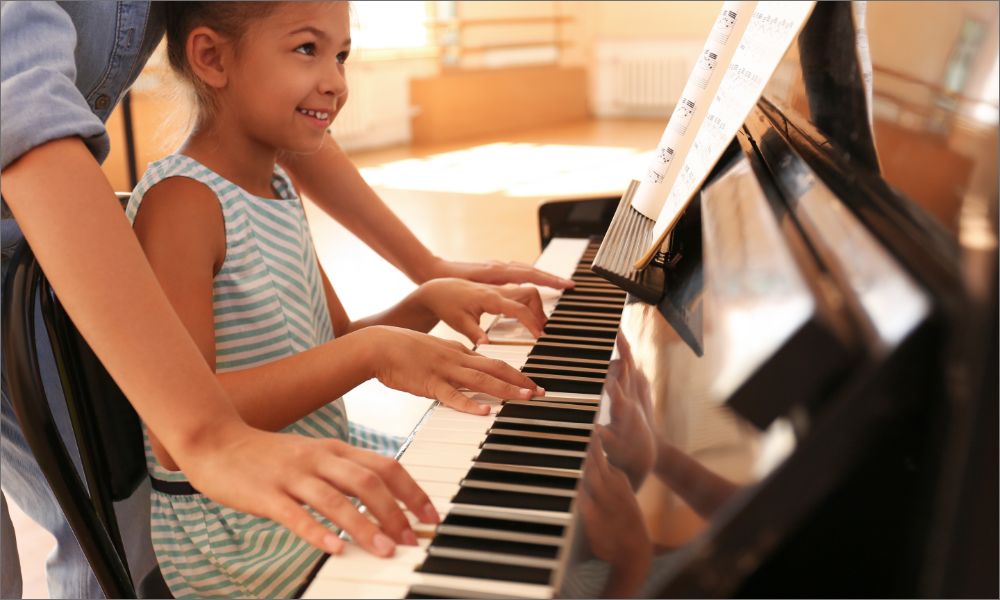 About the time I started piano lessons at the age of ten, I used to love listening to a children’s’ story on the radio every morning called “Sparky and the magic piano.” Sparky plodded through his piano practicing, and even though his teacher was pleased with his progress, he dreamed of playing really well, like a concert pianist.

Thinking of playing Chopin, Beethoven and Rachmaninoff, he fell asleep…Then a strange thing happened. His piano began to talk to him. “Run your fingers over my keys and I will play for you” said the piano. It’s not difficult to imagine how the story went. Sparky performed to packed audiences all over the United States, taking his own piano where ever he went. The tour ended with a performance with the New York Philharmonic orchestra. Just after he announced his final number, the piano said, “Your time is up, I shall no longer play for you.” Imagine his consternation, and the audience whispering and wondering what was wrong. “Sparky, Sparky, Sparky! they called. And then he heard his mother’s voice calling him gently, “Sparky, you fell asleep.”

Well, that’s kids’ stuff, but as Christians, not unlike some of own dreams and longings. The Apostle Paul said as much to the church at Corinth: “No eye has seen nor ear has heard, no mind has conceived what God has prepared for those who love him” (1 Corinthians 2:9). Right now it’s hard to imagine what it will be like in the Kingdom of God, when righteousness prevails, when we have spirit bodies and we are able to walk through walls, or travel through space faster than lightning?

As far back as 2500 BC, God described a new heavens and new earth. “Behold I will create new heavens and a new earth. The former things will not be remembered, nor will they come to mind” (Isaiah 65:17). In John’s vision of the new earth, there was no longer any sea (Revelation 21:2). Much as we love a sea view today, we forget how menacing and unstable it can be sometimes, and how many lives have been lost at sea. The absence of the sea symbolized a safe place in ancient minds. The new heavens, new earth and new Jerusalem are difficult to imagine, but God always delivers on his promises. We will certainly see it all.

The story about Sparky doesn’t tell us whether he kept on practicing or not, but few young piano players make it to the level he dreamed of. What about us Christians, should we keep on ‘practicing?’ Jesus has left us in no doubt. In his messages to all the seven churches in the book of Revelation, we are urged to endure to the end and to overcome. Of course, our salvation does not depend on the good works or ‘practicing’ we do. It is by God’s grace alone that we are saved, and we are helped by the Holy Spirit.

God has always delivered on his promises, and always will.

Articles in the July 2021 issue

Articles in the Uncategorized issue