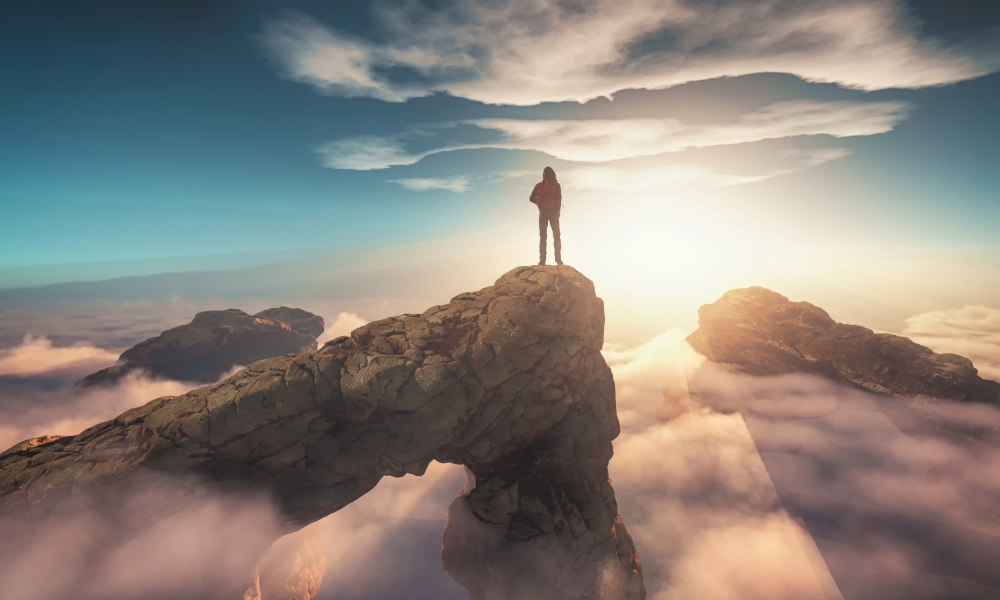 Standing on a mountain, a hill or even on the top storey of a building gives us a sense of awe. It elevates us above the petty concerns of our lives and enables us to see a bigger picture. Sometimes it’s possible to detect the curvature of the earth from a high mountain.

Sadly, Israel started doing the same thing. King Solomon started the tipping point by marrying many foreign women. Eventually they wore him down and ‘he built a high place for Chemosh, the abomination of Moab…(1 Kings 11:7).’

And so the people of ancient Israel and Judah started to worship at ‘high places,’ but they did not worship God of Israel.  Hezekiah, the righteous king of Judah removed the high places, but few other kings did so, even if they ‘did right in the eyes of the Lord.’ One example is Joash who reigned in Jerusalem for forty years. ‘The high places, however, were not removed; the people continued to offer sacrifices and burn incense there’ ( 2 Kings 12: 1-3).

High places are nothing new. The first high place mentioned in the Bible is in Genesis 11. ‘Come let us build ourselves a city with a tower that reaches to the heavens so that we may make a name for ourselves…’(Genesis 11:4). God put an immediate stop to that ambition by confusing their languages.

Do we worship at high places today? My first answer would be no, but watching something on television, I began to think about this. One NASA project took twenty years to complete and the staff actually clasped their hands in joy as the space probe disappeared from sight and crashed into Saturn. And ironically, the planets are named after pagan gods, (Neptune, Jupiter, Saturn). Are we worshipping foreign gods in very high places millions of miles above the earth? No pun intended, but  NASA spends an ‘astronomical’ amount on space exploration. What are they searching for? Signs of life? Understanding the universe? Perhaps searching for God?

And the important question is, what benefit have humans received from all this vast expense? Do we have more schools, farms, hospitals?

God tells us, ‘Why spend money on what is not bread, and your labour on what does not satisfy? Listen to me and eat what is good and your soul will delight in the richest of fare (Isaiah 55:2).’

At best the high places have yielded nothing for our benefit, but deprived us of many good things we could have enjoyed.

Articles in the October 2021 issue