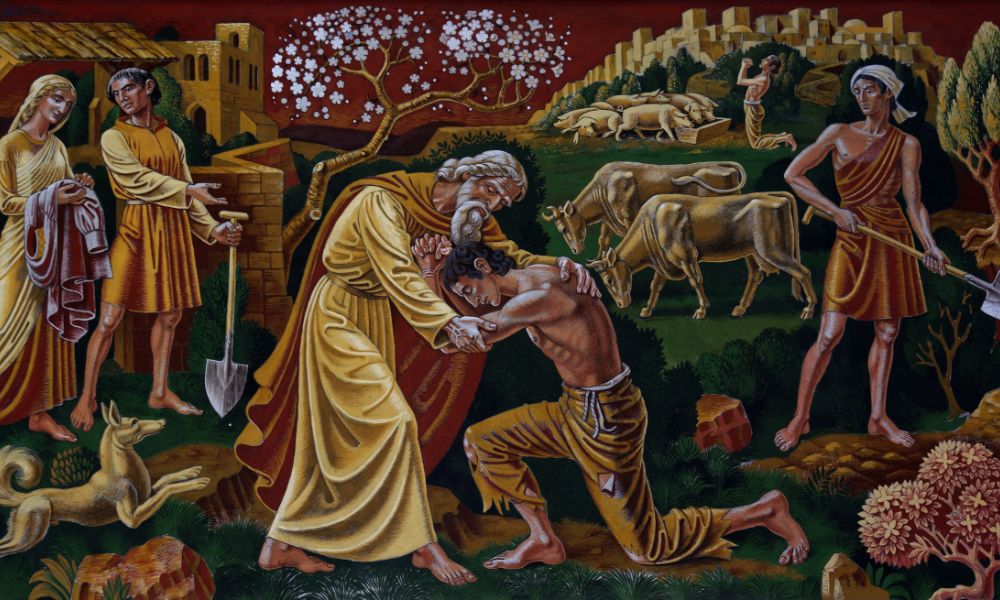 Of all Jesus’ parables The Prodigal Son in Luke 15 must rank among the favourites. We are assured that no matter how low we go ,how rotten our sins are, our Father in Heaven is ready to forgive us if we turn back to Him. Not only that, He will throw a party and celebrate!

In the parable, the older son was not impressed with all this forgiveness and celebrating. When had his father ever killed a fatted calf and invited his friends around? It is the father’s answer that shows another side to the story. “My son, the father said, ‘you are always with me and everything I have is yours. But we had to celebrate because this brother of yours was dead and is alive again; he was lost and is found” (Luke 15:31-32).

There wasn’t another inheritance waiting for the prodigal. He probably did have to labour like one of his dad’s hired men.

There are some things we do that have consequences that stick like superglue. For example, an alcoholic can never again enjoy a glass of wine with his friends after he has dried out. We all know of tragic examples of thinking “I’ll just have a small one.”

Lies are another thing that have terrible repercussions. Hitler said something to the effect that if you keep repeating a lie, eventually everyone will believe it. An evil man, he brainwashed millions of his countrymen into hating Jews, communists,  gypsies and many others.

“There are six things that the Lord hates, seven that are detestable to Him, haughty eyes, a lying tongue…a false witness who pours out lies” (Proverbs 6:17).

A lie was Satan’s very first ploy in the Garden of Eden and it had totally catastrophic consequences. Esau sold his birthright to his twin brother Jacob in a moment of foolish weakness. Hungry after a session in the open country, he preferred a plate of stew to the blessing that should have been his. The consequences of this ill-considered sale reached far into the future, before the brothers were eventually reconciled .Once you have sold something, it’s no longer yours and Esau had plenty of time to realise this. “Afterwards, as you know, when he wanted to inherit his blessing, he was rejected. He could bring about no change of mind, though he sought the blessing with tears” (Hebrews  12:17).

As Christians, we need to be aware that Satan is sticking to his original formula, pulling out all the stops and deceiving untold numbers of people. The lies will get more preposterous as the time of Jesus’ second coming approaches. He would deceive us (the elect) if that were possible (Matthew 24:24).

But we can ask for the spiritual gifts of wisdom and discernment and they will be given freely. Staying close to Jesus can have wonderful consequences for ourselves, family, friends, and others who we associate with. “Those who are wise shall instruct many” (Daniel 11:33).

Articles in the November 2021 issue