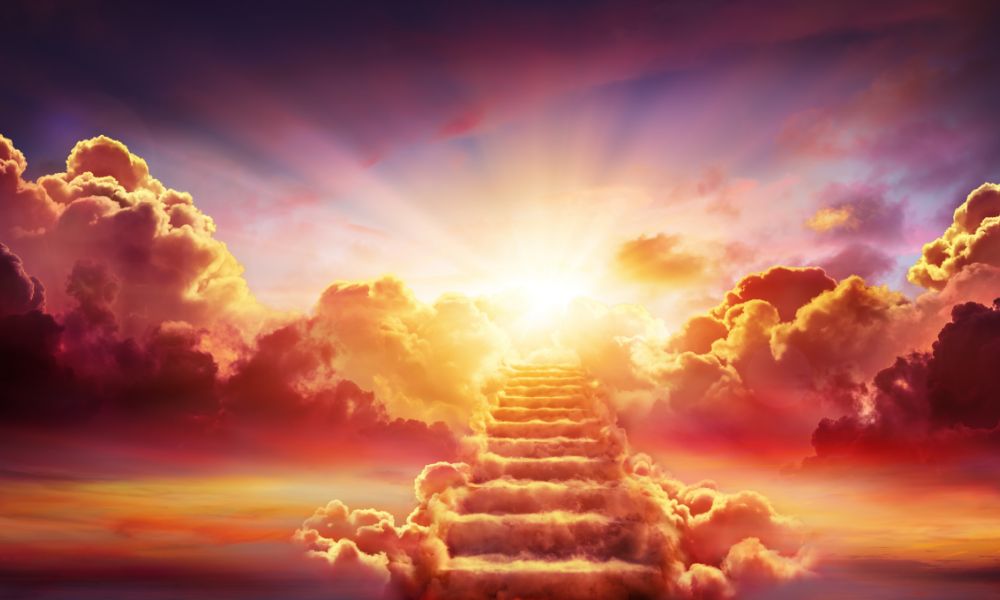 Is “heaven” a place, a condition of existence, a close relationship with God, or something else? Do the righteous go to “heaven” (whatever it may be) at death or at the resurrection?

We know Christ will return to judge the world, and those who are dead “in Christ” will be resurrected and will be with the Lord forever (1 Thessalonians 4:13-17). In the symbolism of the book of Revelation, the martyrs will come to life and reign with Christ (Revelation 20:4). Those who are loyal to him will live with him in joy and glory forever. We can call that condition of life “heaven,” but we should know more about how the writers of the New Testament understood that term.

The promise of an afterlife as the hope of the Christian comes from the New Testament. The apostles of the first-century church taught that the righteous would live in the presence of God. The New Testament writers, while they knew God to be omnipresent, often located God’s presence as being in a place called “heaven.” God is the creator of heaven, and is not forced to be there, but he chooses to reveal himself as dwelling in heaven.

In ancient thought, the universe formed a cosmic building: the underworld, the earth and heaven. In this three-tiered scheme, the gods lived in the upper realm (heaven). The middle world (earth) was populated by humans. Below that was the netherworld or Sheol, the grave, the place of death and the abode of evil spirits.

God couldn’t rightly be said to live in our fallen, sin-dominated middle world (though he is really “everywhere”). God couldn’t be located in the shadowy netherworld. To speak of his presence, then, was to “place” him in the upper world of heaven.

When the biblical writers spoke of God as dwelling in heaven, they were emphasizing what we call his “transcendence.” That is, God exists beyond the limits of our narrow, earthbound experience. That meant he had to be pictured as existing apart from the created order he had placed on earth, including the human family. God often “came down” from heaven to intervene in the affairs of humanity, as at the tower of Babel (Genesis 11:5). When Christians said that the righteous would live with God, they naturally concluded that the righteous went to heaven to be with the Lord.

The heavenly abode of God became a metaphor for the presence of the Creator’s universal power and authority. It was the kingdom of heaven or God’s kingdom. Jesus looked up to heaven when he prayed — to the seat of God’s authority, where he “dwelt” (John 11:41). But where is “up” on a round earth?

The writers of the Gospels didn’t know that anyone would have a theological concern about them speaking of God as existing in some specific place. In their worldview, they didn’t think it odd to speak of heaven as the place of God’s presence. The Gospels tell us that Jesus on several occasions talked about God as being in heaven, and that he taught his disciples to pray, “Our Father in heaven…” (Matthew 6:9). Jesus said he would go and prepare “rooms” for the believers. He was going to his Father’s house — to heaven — to “prepare a place” for them (John 14:2).

But people today, with an expanded view of what the universe is like, may not think of heaven as a place at all. For most, “going to heaven” simply means existing in an imperishable state with God. Paul called this new condition of life an immortal existence (1 Corinthians 15:50-54). To say that a person is going to heaven is a shorthand way of saying the person is with God. There is nothing wrong with saying that a Christian is going to heaven after death because it means that the person is assured of his or her place in the kingdom of God.

Some people do think in terms of “going” to heaven — as going to a “place” somewhere in space. It’s understandable, because “heaven” is a convenient image to describe a state of existence that we cannot fully understand in any concrete way. When dealing with such questions, we must remind ourselves of the limitations of human understanding. Whatever the believer’s new life will be, and “wherever” it might be experienced, it will be based on a very different dimension of reality. The final answers about questions regarding the “place” of heavenly existence, and the time when the righteous get there, are of a distant secondary importance for the Christian.

It’s perhaps best to view “heaven” in the way the New Testament describes it. That is, a heavenly existence is the eternal life after this life in which God is the centrality of our being. The righteous are promised that they will live forever in peace and joy in the presence of God (Revelation 21:2-7).

The New Testament promises believers that on the other side of death they will experience the resurrection and the heavenly state forever. This eternal existence is now “stored up for you in heaven,” wrote Paul (Colossians 1:5). All who long for this hope — for eternal life on the other side of death — distinguish between earthly and heavenly realities. They store up, as Jesus counselled, “treasures in heaven, where moth and rust do not destroy, and where thieves do not break in and steal” (Matthew 6:20).

Articles in the February 2022 issue