JESUS CHRIST: THREE DAYS AND THREE NIGHTS IN THE TOMB? 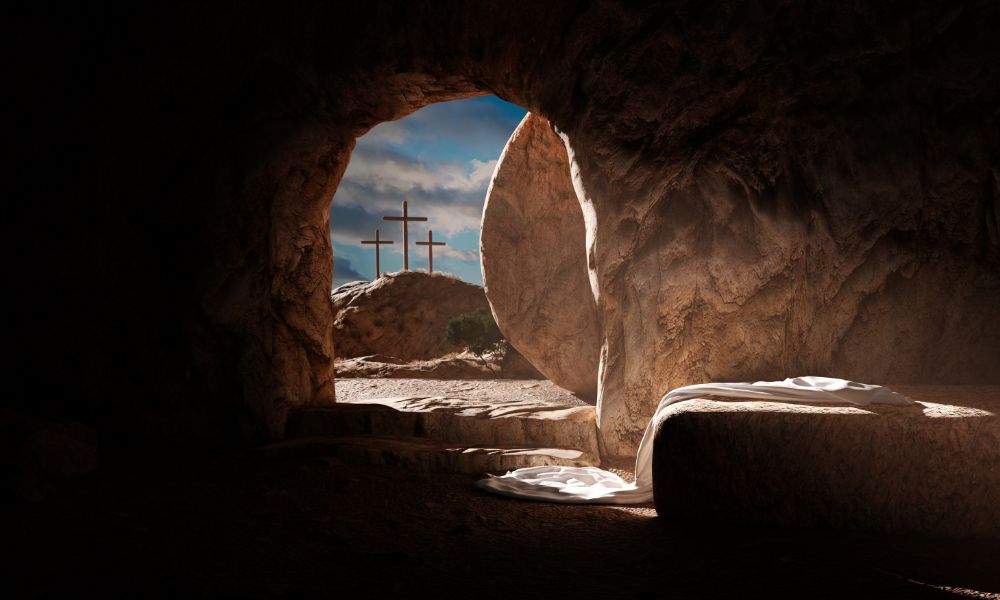 In Matthew 12:40, Jesus says that he will be buried “three days and three nights.” We used to teach 1) that this is not a figure of speech, 2) that Jesus therefore had to be in the tomb exactly 72 hours, 3) that since he was put in the tomb at evening, he came out at evening and 4) that this necessitates a Wednesday crucifixion.

Further, we taught that this was the only sign Jesus gave that he was the Christ, and that Jesus had to be in the tomb exactly 72 hours or else he was not our Saviour. Now, however, we no longer teach that our salvation depends on the exact length of time Jesus spent in the tomb. The apostles did not teach that. They most often used the phrase “on the third day,” which makes no attempt at hourly precision. Moreover, the phrase “on the third day” usually suggests less than 72 hours, but the apostles apparently were not concerned about the exact length of time Jesus was in the tomb.

Within Christianity, there are three views as to the day of the crucifixion: Wednesday, Thursday and Friday. Although the Friday view is by far the most common, some Christians believe the Wednesday view, and a few the Thursday view.

We are generally familiar with the argument that Jesus was crucified on a Wednesday. It may be helpful here to present some evidence that leads the majority to believe otherwise. Let us look at the evidence from Luke, who wrote his Gospel to Theophilus, who apparently did not have the book of Matthew.

Were the disciples mistaken? Luke reports their comment as true, and Theophilus would certainly receive the impression that Jesus was killed on the day before the Sabbath (Luke 23:54). Verse 56 refers to the weekly Sabbath, and that is how Theophilus would have understood verse 54, too, since there is no hint in Luke that there may have been more than one Sabbath that week. The evidence from the book of Luke seems to point consistently to a Friday crucifixion, and Sunday is the third day from Friday. That is the way Theophilus would have counted it with the evidence available to him.

Jewish custom is to count inclusively, that is, counting the beginning as first. When counting Pentecost, for example, the 50th day is 49 days after the wavesheaf (according to the way we count). Or when John said “after eight days” (John 20:26, NKJ), he meant “one week later” (John 20:26, NIV). In this customary way of counting days, Sunday would be considered the third day from Friday. Luke tells us that Jesus rose on the third day after the crucifixion. Another example of inclusive counting is seen in the book of Esther. She promised to not eat or drink “for three days, night or day” and after that go to the king (Esther 4:16)—yet she went to the king on the third day (5:1).

Apparently any portion of the day was sufficient to count for the day and the night. A biblical phrase that seems to us to be precise may not necessarily match modern ideas of exact time measurement.

Although the apostles preached that Jesus was raised “on the third day” (Acts 10:40; 1 Corinthians 15:4), they never used that chronology as proof of Jesus’ authenticity. The inspired writers do not seem to be concerned about the exact length of time, nor about the exact description of the three days. Similarly, the apostles made no effort to say exactly when Jesus was resurrected, although a reading of one Gospel would leave the reader with the impression that Jesus rose on a Sunday. This has been the understanding of the vast majority of Christians ever since.

If Matthew 12:40 is intended to be precise, then the other Gospel writers misled their readers. But if we recognize that Jewish culture did not expect precision of such chronological phrases, we find it easier to understand that Matt. 12:40 could be a figure of speech, not an otherwise unexplained detail that all other passages must be fitted around. For these reasons, we no longer teach that the Wednesday-crucifixion view is the best interpretation.

Articles in the April 2022 issue