I’ll come to you 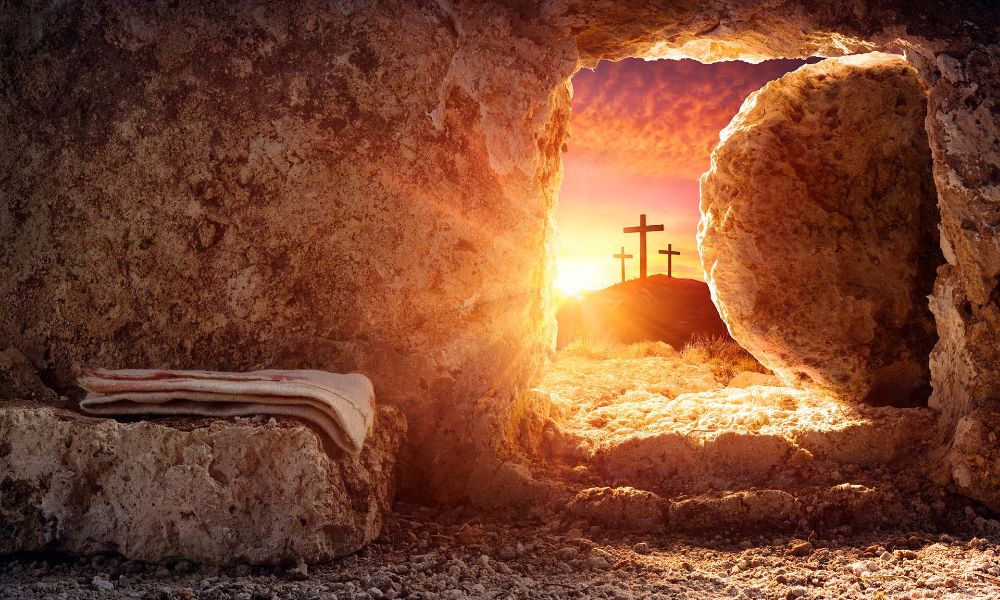 And when they had sung a hymn, they went out to the Mount of Olives. And Jesus said to them, “You will all fall away, for it is written, ‘I will strike the shepherd, and the sheep will be scattered.’ But after I am raised up, I will go before you to Galilee.”
Mark 14:26-28 (ESV)

Just before his crucifixion Jesus told his disciples that when he was raised up from the dead he would go ahead of them to Galilee. After his resurrection, when the women entered the empty tomb on the Sunday morning, an angel directed them to go and tell the disciples that he was going ahead of them to Galilee. As the women ran to tell the disciples, Jesus met them and reassured them: “Do not be afraid; go and tell my brothers to go to Galilee, and there they will see me.” (Matthew 28:10)

The day would come when they would go to Galilee, but on that first day the disciples huddled in the upper room and ignored the instruction. First of all they had opened the door to a group of shocked women who told them that Jesus was alive. The disciples didn’t believe them. Then the two who had been to Emmaus arrived and confirmed that they had seen Jesus. The disciples still didn’t believe it. So there was no question of setting out for Galilee. Afraid of the Jews, the disciples locked the doors and stayed put.

But from sunrise onwards Jesus had appeared to his disciples: first to Mary Magdalene and the women, then to the two walking to Emmaus, and finally in the evening, to the disciples in the upper room, as they sat at the tables. It is true that he rebuked them for their lack of belief, but he did come to them. He didn’t go to Galilee and sit down, tapping his feet impatiently, waiting for them to come to him.

Maybe there is more than one episode we can think of when we have ignored what God says, and for similar reasons to the disciples: fear, an inability to cope with our own emotions, or attempting to encompass something that is outside of our understanding. But God is compassionate and Jesus, during his life, showed us the compassion of God. He hasn’t changed.

Prayer
Thanks be to you, our Father, and our Saviour Jesus Christ, that you do not change and you will graciously come to us in our time of need. Amen

Articles in the May 2022 issue