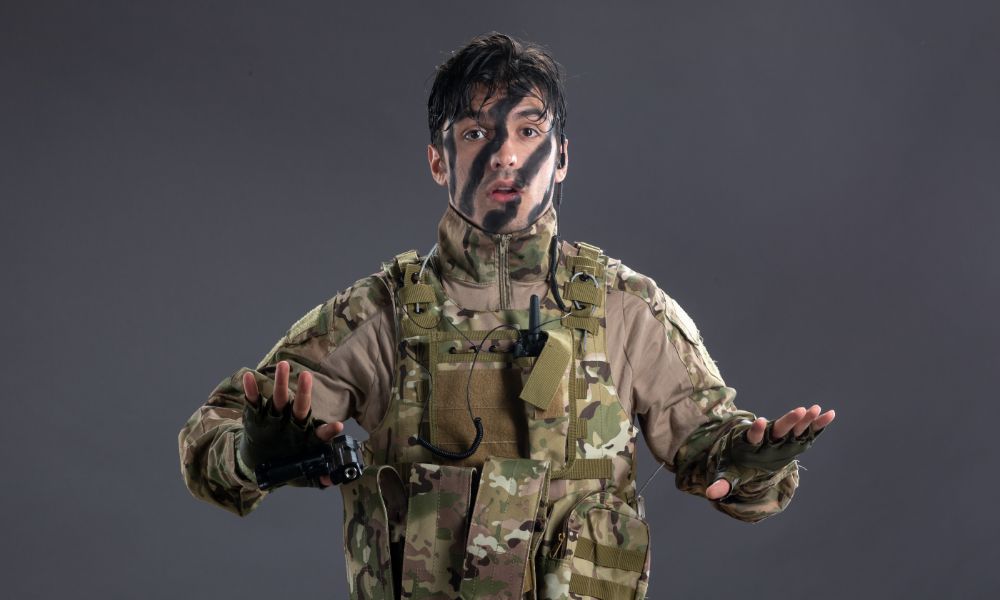 In 1940, Winston Churchill addressed the British House of Commons on the defence of Dunkirk and the evacuation of the British Expeditionary Force. Toward the end of this dramatic speech, he stated that England would defend itself no matter the cost, fighting on the beaches, on landing grounds, in fields, streets and on the hills. ‘We shall never surrender’, he promised.

Surrender is usually the last thing on the mind of any commander. Rather, the troops are told to keep fighting, no matter what. Even if captured, a soldier maintains his loyalty and determination not to give up to the enemy. Most of us are the same. We’re taught from an early age that giving up is not a desirable trait. We should keep going, no matter the odds or difficulties we face. Anything less is seen as weakness.

When Jesus walked the earth, he did and said many things that seemed to oppose the traditional ways of doing and thinking. Some have even said he turned the world upside down. He said to be great, one must first become a servant; the first shall be last and the last shall be first; to live we must die. He turned surrender upside down too. As Christians, surrender is not a last resort, but a beginning strategy. Surrendering our lives to God begins with admitting our weakness and believing we can do nothing without him. We are then able, through the power of the Holy Spirit, to begin giving up everything that makes up the self – self-will, self-determination, vanity, pride, and arrogance.

Instead of fighting to the bitter end, like soldiers who only consider surrender when they’re outnumbered, surrounded or out of ammunition, let’s employ the strategy of Jesus. His battle plan for his followers calls for absolute surrender of the self, to the Father, in the power of the Spirit, and always as a first resort.

Articles in the September 2022 issue