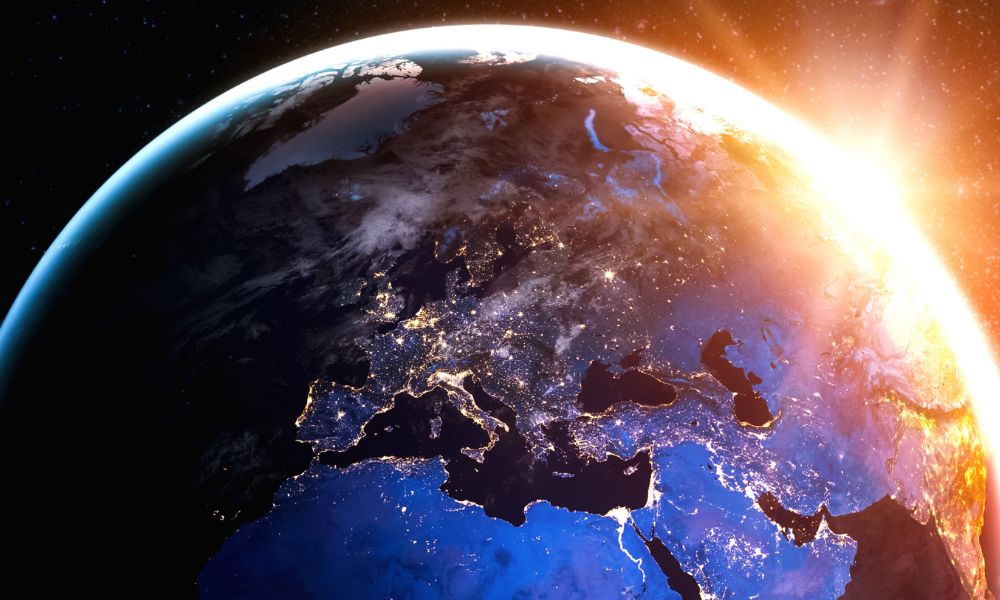 There are several take-aways from this passage from the Lord’s Prayer. To begin with, there is heaven and there is earth – two realms, and Christ is seen as being at home in either. We know quite a bit about earth. It’s our home. Heaven is a bit more mysterious and the little we know comes from passages of scripture that are immersed in metaphor and images that we can often only guess at. The Psalmist records that: ‘The highest heavens belong to the Lord, but the earth he has given to mankind.’ (Psalms 115:16).

Then we find that heaven is a place where God’s will – His desire – is done. That was His intention for earth: for the creation He originally described as ‘good’. The story of Adam and Eve straying from doing their Creator’s will is well known, and earth now is not a place where God’s will is generally done. So it is good – more than good – to learn in this passage that God has not turned His back on the plan for earth to be perfect and a place where finally His will is done. And finally, His kingdom is coming. The two realms will be brought together, and we are directed to pray for these things.

This short passage, so full of hope, sits right in the middle of the prayer as a bridge that links the first part of the prayer with the second – a perfect image of the bringing together of earth and heaven. Up to this point the prayer focuses on the heavenly – the God who is our Father, who dwells in heaven, the God whose name is holy. Then the prayer pivots and focuses on the challenges of living in this world in a way that is according to God’s will, when we are surrounded by many who know nothing of God.

Christ had shown what the kingdom is like through his perfect example dwelling in the earthly realm. He was obedient to His Father, even to death. He challenged evil and the corrupt rule that stems from it; He embraced those on the margins of society, removed pain and sickness, fed the hungry. Everything He did flowed from the love He had for His often wayward creation, summarised by His heartfelt cry, “…how often I have longed to gather your children together, as a hen gathers her chicks under her wings, and you were not willing.” (Matthew 23:37). The gospel accounts leave us with a fleeting image of what that perfect time will be like.

The prayer was powerfully answered at the resurrection and will finally be answered fully in the joining of heaven and earth. We don’t know when it will arrive and we struggle to see any detail. Things in the world do seem to be getting worse. It may seem as though there’s nothing we can do about it – but we would be wrong. We are living between Christ’s triumph over death, that last enemy, and the time of His promised return. If we focus on the supposed destination of heaven, we have forgotten the message that comes, time and time again, through the book of Acts: that in the power of the Spirit, the work of the church is to live as resurrection people in this imperfect world, bearing witness to Jesus Christ.

Prayer
Heavenly Father, we ask that you would bring to pass that promised time when earth and heaven become one, and your law of love is perfectly obeyed. Amen.

Articles in the December 2022 issue